Are Parts of Your Soul Stuck in the Past? 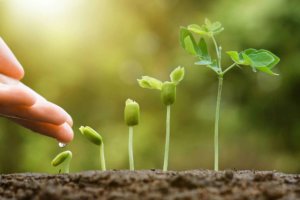 My client, Scott*, was confused about his love life. Debra, whom he’d met at church, seemed to have all the qualities Scott had been praying for in a wife. As the couple’s relationship became more serious, though, Scott noticed a troubling thought. “I feel torn about Debra,” he said, plopping down on my office couch. “Don’t get me wrong; I respect and admire her. But there’s something about knowing I’ve got her in the palm of my hand that’s a turn-off.”

From our previous work together, I knew that Scott’s relationship with his mom had been strained since adolescence, when she left his dad for another man who lived three states away. Scott experienced ambivalence about his mom. Part of him felt bitter that she’d abandoned him, but another part of him longed for her love and attention. “Am I so flawed—so disposable—that she could leave that easily?” he’d asked, more than once, in despair. The betrayal had left an aching void that nothing seemed to fill.

Drawing Scott’s attention back to Debra, I asked if he could remember a time when he’d felt deeply attracted to her. Instantly, he recounted an evening earlier in their courtship: “We’d had a heated argument, and Debra shocked me by suggesting that perhaps we should break up,” he recalled. “The moment she threatened to leave, everything changed. Suddenly, I felt as though I couldn’t live without her. I had to have her in my life! So, I quickly patched things up. Debra was relieved and thought everything was fine after that. But, before long, I found my passion and attraction for her draining away again.”

Scott soon realized that a young part of his soul was conflating love and absence . . . attraction and abandonment. This young, misguided part of him had been conditioned to want the “absent woman,” represented by his mom, more than he valued the “available woman,” represented by Debra. Fortunately, Scott was eager to help this young part of himself mature. To do so, I worked with him to focus on, and befriend, this lonely part of himself, carrying the feeling of abandonment. . . .  and we invited Jesus to be near.

Once this young part of Scott unburdened to Jesus the feeling of abandonment it had carried for years, Scott received from Him a sense of peace and contentment in exchange. Gradually, Scott became more integrated and learned to live from his Spirit-led self. He also became adept at leading this younger part of himself like a grown-up wisely leading a child, reminding me of David’s words in Psalm 131:2, “I have calmed and quieted my soul. . . like a child within me.”

Scott made the courageous decision to grow beyond a life overwhelmed by the feelings of a young part of himself, stuck in the past. Which leads me to wonder: Like Scott, and like me, do you have any young parts of your soul that need your help growing up? If so, I encourage you to take a You-Turn, using The 5 Steps found in my book, Boundaries for Your Soul.

Join me as I share insights about how to become the most centered and courageous person you know.
Sign Up Now!

Cultivating the Garden Within

Free E-Newsletter:
Boundaries for Your Soul

Join me as I share insights about how to become the most centered and courageous person you know.